The Kinetic Rifle looks like a highly futuristic rifle with a large oval barrel. The magazine appears surprisingly small for the amount of ammo it holds.

The Kinetic Rifle is effective at medium range but lacks power in exchange for the high rate of fire. It can pierce light Armor. In addition, firing the Kinetic Rifle for long periods of time cause the bullets to slowly spread out, decreasing accuracy. Use Marksman skill for more accurate slow spread firing.

With the Weapon Mods skill, it's magazine size is increased to 72.

With the Marksman skill, the bullet spray is decreased while at the same time slightly increasing the damage of the bullets.

With the Scavenger skill, it's maximum capacity is increased to 360 rounds.

Earning kills with the Kinetic Rifle increases your mastery of it. 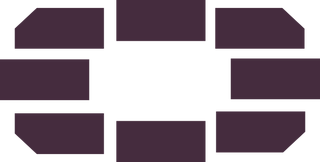 Retrieved from "https://starhawk.fandom.com/wiki/Kinetic_Rifle?oldid=9104"
Community content is available under CC-BY-SA unless otherwise noted.